Unaccustomed as I am

Unaccustomed as I am

I pondered my own question as I scanned the credits on the very first album I owned.

On the lookout for some new music to explore, I thought Costello might be worth checking out…

I enjoy hearing my guests on the podcast tell me about how they discovered Elvis, so I thought I would share my own experience here.

Nobody has actually asked me to, so this may be a little self-indulgent but, then, what is writing a blog if not pure self-indulgence? Pull up a chair, blue or otherwise, and I’ll begin.

I got my first album in January 1990 when I was 10 years old and my parents had taken me to Australia to visit family. It was one of the most incredible months of my life and one I still think about often: my “new” relatives; the sights; the wildlife; the mullets.

The soundtrack to our time down under was provided by my uncle blasting out Flowers in the Dirt, Paul McCartney’s latest album released the previous summer. Unaccustomed as I was to listening to music, I loved it. 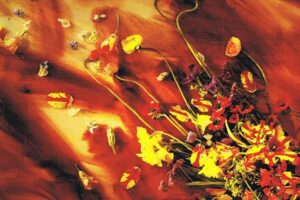 I’d never paid much attention to music by this point in my life. I was too busy playing, watching and thinking about football. The only two records I owned by the age of 10 were, predictably enough, football-related: Liverpool FC’s 1988 FA Cup Final song, The Anfield Rap and the charity recording of Ferry ‘Cross The Mersey to raise money after the Hillsborough Disaster.

Given that I went on to become a sports journalist and broadcaster, it seems that EC was correct to observe that “in time you can turn these obsessions into careers”.

I adored my uncle and I’m sure this played some small part in me loving Flowers in the Dirt: if he likes it, I want to like it, too. This does, of course, leave open the terrifying possibility that, had he been spinning the latest Simply Red album on that holiday, I would be sat here now writing about Mick Hucknall. No offence intended, Mick. Well, maybe just a little.

But there was more to it than that. These were the first songs that spoke to me and moved me: there was My Brave Face with its irresistible hooks; the perfect pop of This One; the optimistic charm of Put It There. The latter was my uncle’s favourite and the song I played repeatedly, a decade and a half later, on the day he was laid to rest on the other side of the world. The darkest night and all its mixed emotions.

Following the Australia trip, I played Flowers constantly. As soon as one side of the cassette ended, I’d flip over and start again. And again. And again. Then I had a lightbulb moment; I don’t have to play the same album all the time. I could buy a second record. Absolute game-changer.

I embarked on a spree of buying more McCartney records and immersing myself in his solo work. Along the way, I took the short sidestep into exploring The Beatles. Now, that’s a period of my life I’d love to have again – experiencing those glorious songs for the first time.

As I entered my teens, having also developed a love of REM and dabbled a little with prog rock, I was on the lookout for some new music to get stuck into. That took me back to the credits on Flowers in the Dirt. 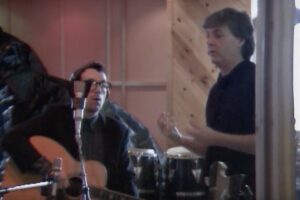 The co-writer of four tracks on Flowers and the other voice on You Want Her Too. Yes, let’s check him out.

Oh, I just didn’t know where to begin. In those pre-internet days, there wasn’t a huge amount of guidance on how to navigate an artist’s back catalogue and in many ways that was a good thing. I was spared other people’s opinions, agendas and beard-phobias and completely free to explore EC’s canon without any preconceived ideas or expectations.

I started with Mighty Like a Rose, circa 1993/1994. I didn’t know anything about the record except for the fact that it contained a couple more McCartney co-writes. At the very least, I reasoned, if I don’t like the album I’ll have heard two more Macca songs previously unknown to me. 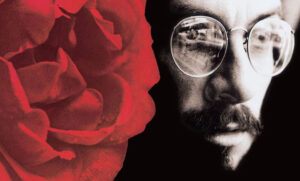 The sheer scale of Mighty Like a Rose grabbed me instantly. This was a collection of songs that refused to be pigeonholed, shifting seamlessly from chamber pop to Celtic dirge, via Beach Boys pastiche and booby-trapped ballad.

Lyrically, this was as dense as anything I’d ever heard and shot through with evocative images of poisonous surf, giant insect mutations and birds on high wires, along with a cast list of jealous husbands, wretched grooms, fulltime hypocrites and twisted dilettantes.

And then there was the singing. I’d never heard anyone with a voice as expressive as Costello’s. I was completely captivated by his ability to paint an emotional picture with his vocals: the spittle-flecked rage of How To Be Dumb; the tenderness of Couldn’t Call It Unexpected No. 4; Broken’s glass-eyed delivery; the trademark sneer on, well, quite a few tracks actually.

I was in. This guy will do for me.

The next couple of years saw me slowly but surely build up my Costello collection. I’d take a bus into town armed with my pocket money or birthday vouchers and return home with another gem.

I can’t recall now the precise order in which I bought EC’s back catalogue but I know that I’d caught up by the time I was in sixth form college when All This Useless Beauty became the first Costello album I bought immediately upon release.

He may have been two decades into his career by this point but I hadn’t thrown in my lot with someone content to live off past glories: I thought Painted From Memory was a masterpiece from the first time I played it in ’98; The Delivery Man every bit as good as some of his more acclaimed early records; and albums like When I Was Cruel and Look Now full of sublime moments.

So, to answer my original question: has Elvis Costello made any records I might like? Only a few dozen.

Am I glad I checked him out all those years ago? Reader, I started a podcast about him.